Diwali is one of the most important festivals in India, and it’s also one of the best times to take stunning photos. And if you’ve been waiting for a flagship phone until now, the market now offers plenty of options to choose from. In this list, we look at the best flagship phones to consider this Diwali season purely based on camera performance.

Keep in mind that this list is about premium phones, which typically start in excess of around Rs 60,000. These phones stand out for offering a range of great camera features on both the software and hardware side. Most importantly, they deliver exceptional photos at night, an area where mid-premium and mid-range phones are still somewhat lacking. Here are the best camera phones you can get your hands on this Diwali.

The recently launched Pixel 7 Pro improves on its predecessor and features an improved camera setup. Powered by Google’s proprietary Tensor G2 chipset, the phone features a triple camera setup on the rear consisting of a 50MP primary sensor, a 48MP telephoto lens, and a 12MP ultrawide lens.

The Pixel 7 Pro is also the first Pixel device to offer SuperRes Zoom up to 30x. Portrait mode also has some nice improvements compared to its predecessor. The ultrawide camera allows you to focus on a subject and take macro shots. 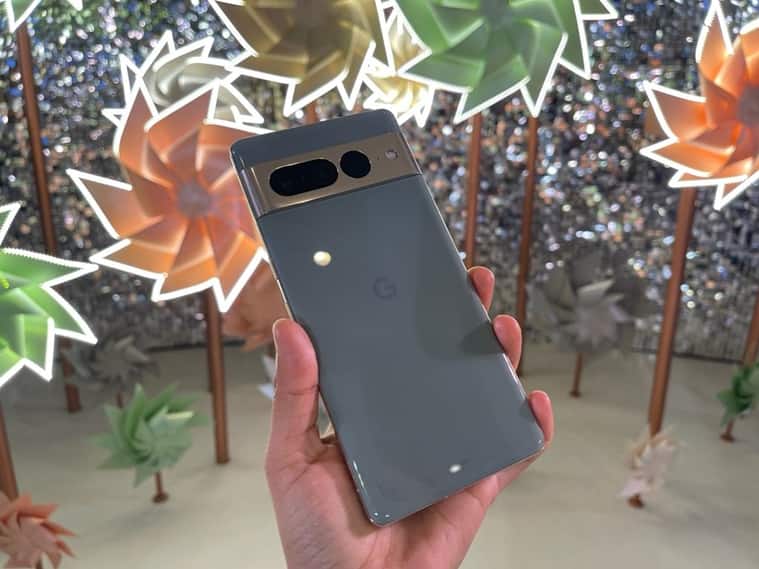 Another notable addition is the Photo Unblur feature, which resides in the Google Photos app, which lets you use AI and machine learning to fix blurry photos, including those taken by an older device. In addition, if you want to take photos in full resolution, Google allows users to take photos in RAW format.

In night mode, the Pixel 7 Pro is two to three seconds faster than the Pixel 6 Pro, which is really great if you want to take a lot of pictures at night. On the video front, the phone now has a new mode called Cinematic Blur, which is similar to Apple’s implementation of Cinematic Mode. And with improvements to Real Tone, Image Signaling Processor and Tensor G2’s AI models for photo processing, the Pixel 7 Pro gives the iPhone 14 Pro Max a run for its money. It starts at Rs 84,999.

Starting with Apple, the iPhone 14 Pro Max is undoubtedly one of the best camera phones you can buy right now. The phone is powered by Apple’s latest A16 Bionic chipset and features a triple camera setup that includes a 48-megapixel primary sensor supported by a 12-megapixel telephoto lens and a 12-megapixel ultrawide camera.

The latest iPhone is suitable for both daylight and night shots thanks to Apple’s recently introduced “Photonic Engine”.

If you switch on the auto mode on the iPhone 14 Pro and iPhone 14 Pro Max, the camera then automatically chooses between pixel binning and high-resolution photos. Of course, you can always turn on ProRAW and force the camera to take 48MP photos. 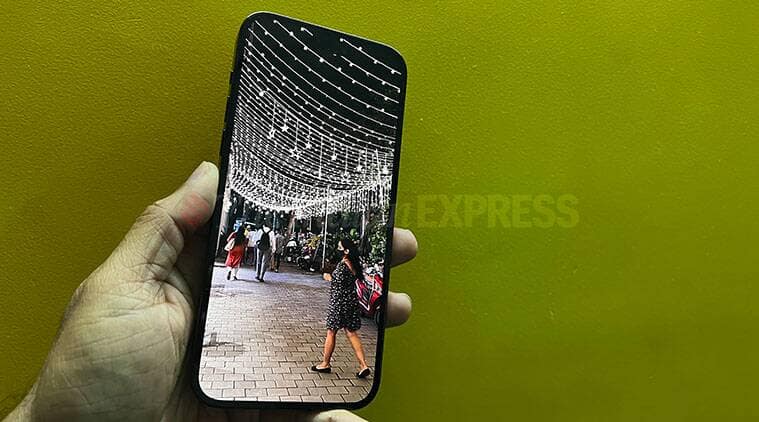 Apple also introduced a new Action mode that offers video image stabilization and improved Cinema mode, which now supports 4K at 30 frames per second. On the iPhone 14 Pro Max you can also record videos in ProRes with 4K. For developers, the new M2 processor and improved camera make the iPhone 14 Pro Max a complete package. It starts at Rs 1,39,900.

Samsung’s latest flagship is powered by the Snapdragon 8 Gen 1 and features a 6.8-inch 120Hz AMOLED screen. On the back of the phone is a quad-camera setup with a 108-megapixel primary camera, a 10-megapixel periscope telephoto lens, a 10-megapixel telephoto sensor, and a 12-megapixel ultrawide camera.

On the software side, the S22 series features Advanced Auto Framing, a feature that can automatically detect up to 10 faces and optimize the shot’s focus accordingly. Samsung also introduced a new mode called Nightography that helps users take pictures in dimly lit or dark environments. 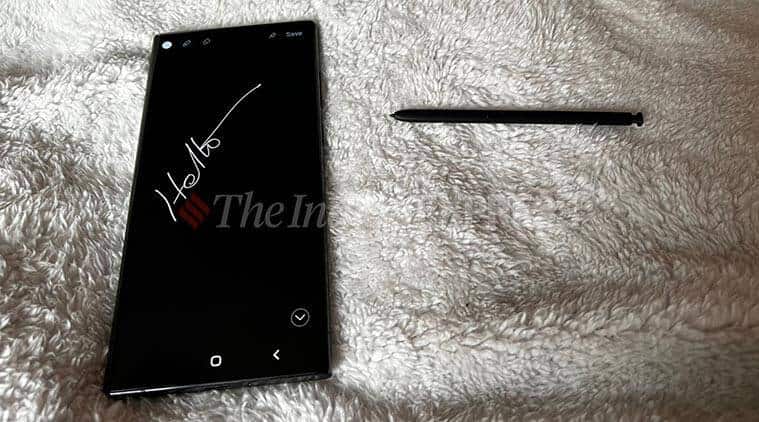 Then there’s the Adaptive Pixel feature, which works by taking two pictures instead of one when the user takes a photo, which is then combined into a single image. This means you can capture more detail while saving space.

Samsung’s Expert RAW gives users multiple export and editing options, as well as the ability to use all four lenses. Compared to the Camera app, the Expert RAW app offers users detailed control and access to advanced controls such as ISO, shutter speed, histogram, and focus points, among other parameters.

The S22 Ultra’s camera is great, with Samsung opting for more natural colors compared to its other products. Competing with the likes of the recently launched iPhone 14 Pro Max and the Pixel 7 Pro, the Samsung S22 Ultra is one of the best camera phones you can buy this Diwali. The price is around Rs 1,18,999.

The Vivo X80 Pro is undoubtedly one of the best camera phones you can get your hands on. Powered by the Snapdragon 8 Gen 1 chipset, the phone sports a quad-camera setup with a 50-megapixel primary lens, an 8-megapixel periscope telephoto sensor, a 12-megapixel telephoto camera, and a 48-megapixel ultrawide shooter.

It also comes with the new V1+ image processing chip, with gimbal stabilization moved to the portrait lens, which is Vivo’s term for the 2x zoom camera. While the phone can record up to 8K video, the video quality is top-notch when it’s recorded in 4K. 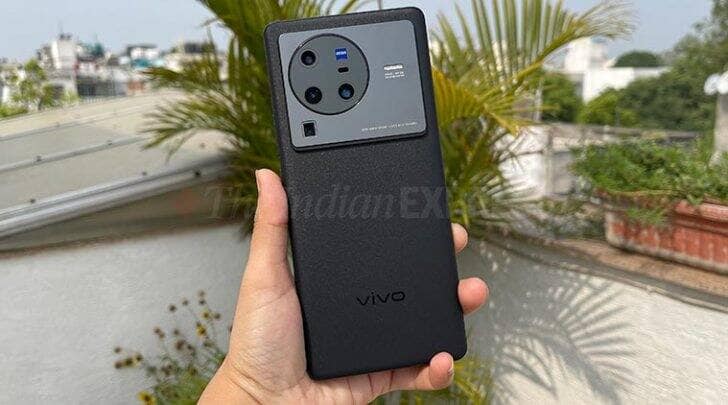 No matter the lighting conditions, the Vivo X80 Pro can take good pictures most of the time. The phone is also able to retain most of the detail even when using the 4x zoom. The newly introduced Cinematic mode, developed in collaboration with Zeiss, is able to keep people continuously in focus while blurring the background and is ahead of the iPhone series’ Cinematic mode.

Some other camera options include astrophotography mode, pro sports mode that helps capture moving subjects, pro mode, and an AI group portrait mode. If you’re looking for a phone that packs top-notch hardware and one of the best camera phones money can buy, the Vivo X80 Pro is a solid choice. It starts at Rs 79,999.

Earlier this year, Xiaomi launched its flagship phone, the 12 Pro. Powered by the Snapdragon 8 Gen 1 chipset, it’s one of the few phones that comes with a 50MP primary camera, a 50MP telephoto lens, and a 50MP ultrawide sensor.

With all three cameras supporting night mode, the phone takes great photos even in low light and manages to retain most of the details and contrast. The phone offers 2x optical zoom on the telephoto lens and 20x digital zoom. You also get a 50MP mode that captures full-resolution photos, along with motion-tracking focus that automatically focuses on moving subjects like animals, kids, and vehicles. You can also record video in up to 8K at 24fps, and HDR is available in 4K video too, which is a nice addition. Xiaomi has also added some AI-assisted video modes like Slow Shutter and Time Free. With newly added features like motion tracking, motion capture, and eye tracking, Xiaomi has nailed it in the camera department. The Xiaomi 12 Pro starts at Rs 62,999.