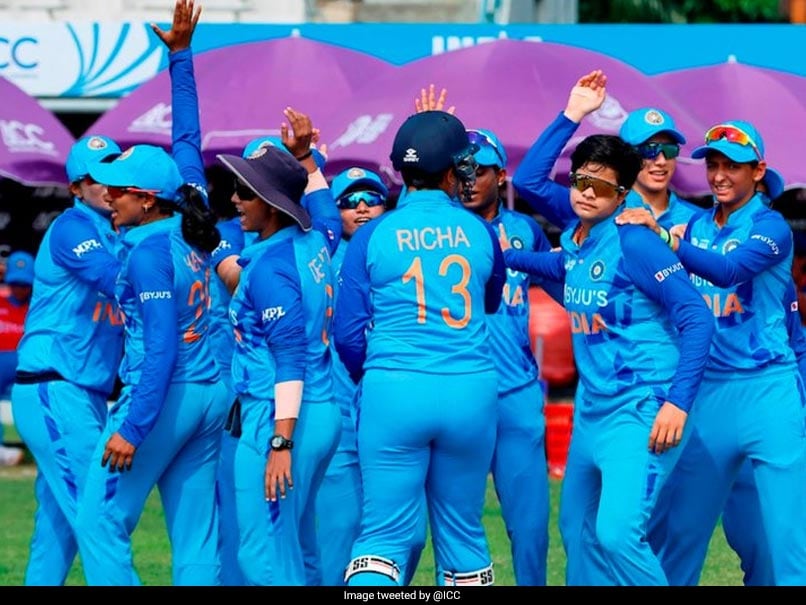 India defeated Sri Lanka in the final of the Women’s Asian Cup on Saturday to secure the record-extending title for the seventh time. Smriti Mandhana did not lead from 25 balls with her 51 as the Indian side chased a paltry 66-run goal against Sri Lanka in just 8.3 overs. Earlier, Sri Lankan skipper Chamari Athapaththu won the draw, opting to bat first at Sylhet International Cricket Stadium, Sylhet. A superb bowling performance helped the Harmanpreet Kaur-led side limit the Lankans to 65-9. Renuka Singh Thakur won three wickets while Rajeshwari Gayakwad and Sneh Rana won two wickets each.

While victory was all but certain for the Indian team since stopping Sri Lanka for a low total, Mandhana’s swipe made the chase a breeze, despite the side dropping two wickets.

The Indian women’s desires began to pour in after claiming their seventh Asian Cup title in the eighth edition of the tournament. Check out some of the reactions here:

Well done girls 7 out of 8 titles is a great achievement. Commendable performances from everyone throughout the tournament! Proud of you all #WomensAsiaCup2022 #India #indiawomen #AsiaCup @ImHarmanpreet pic.twitter.com/7C8lMinaRH