Toy maker Mattel honors Tina Turner on the 40th anniversary of her hit What does love have to do with it with a Barbie doll created in her image.

Part of her Barbie Signature Music Series, the doll wears an outfit inspired by the music video for the song – a black mini dress paired with a denim jacket and her characteristic hairstyle.

“I’m honored to welcome my Barbie to the group of pioneering women already represented and to introduce more children to my journey,” Turner, 82, said in a statement. 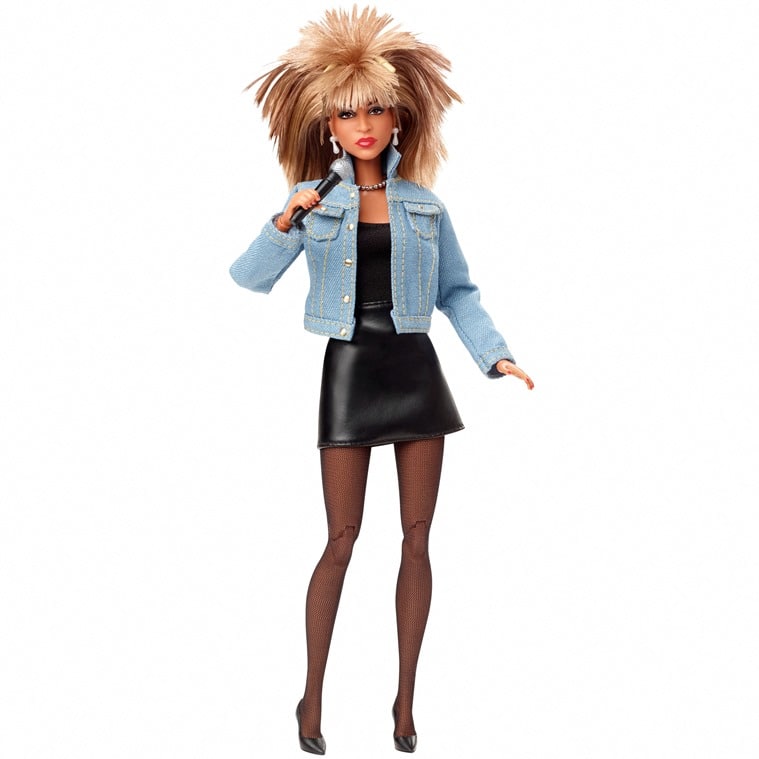 Eightfold Grammy winner had great success in the late 1960s and early 1970s performing with her former husband Ike Turner, but the couple divorced in 1978 after a tumultuous marriage.

In early November 2019, Turner attended the opening night of The Tina Turner Musical on Broadway, which chronicles her life and work.

She retired from performing after her last tour, which ended in 2009.

Turner, who was born in Tennessee, moved to Switzerland in 1995 to join her German-born record producing partner Erwin Bach, whom she later married in 2013, and became a citizen in April of the same year. The doll is available on MattelCreations.com and through Amazon, Walmart and Target.