Pakistani actor Feroze Khan has been accused of domestic violence by his former wife Aliza Sultan, who has provided visual evidence of the abuse. Aliza said she was molested by the actor between 2020 and 2022.

This September, after Aliza decided to separate from Feroze, she issued a statement about how she was mentally and physically molested during their marriage. Aliza has now provided visual evidence of the alleged violence, prompting Feroze, who has remained silent on the issue, also issued a statement in his defence. 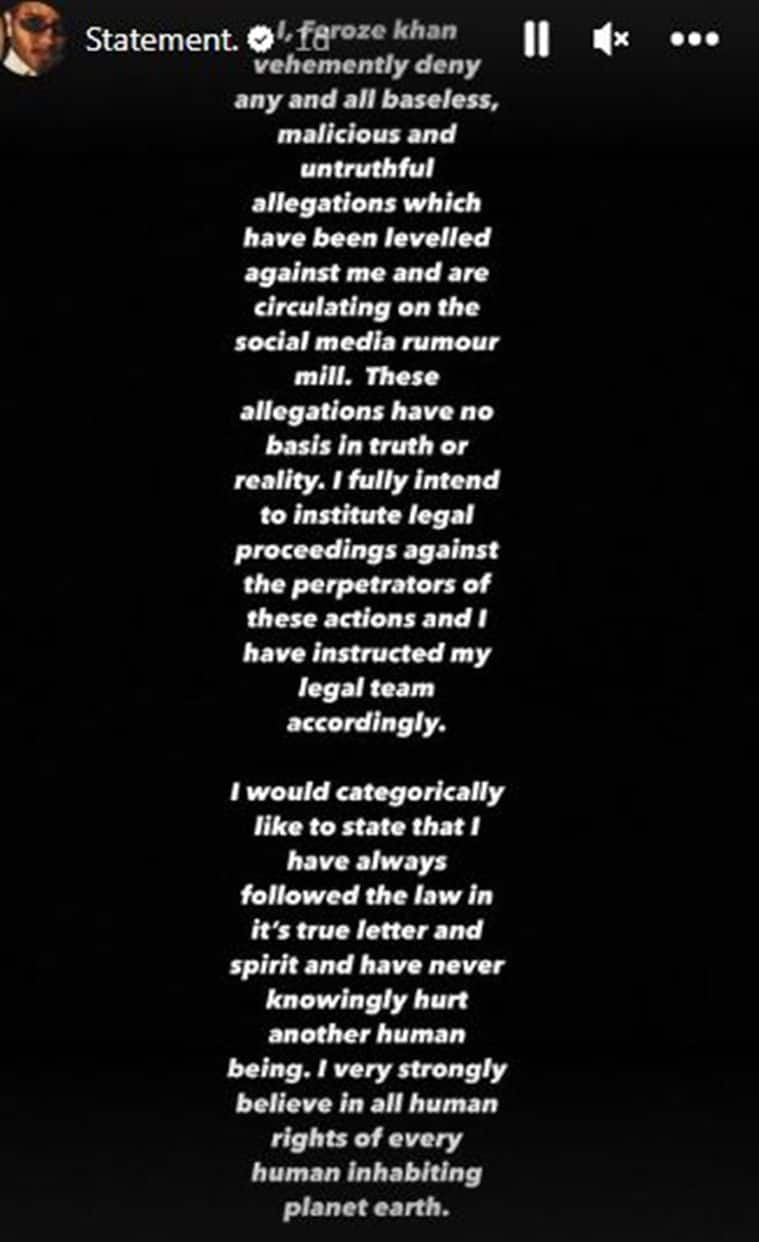 After several netizens and Pakistani celebrities (including Usna Shah and Asim Azhar) condemned Feroze, he said in a statement: “I, Feroze Khan, vehemently deny all baseless, malicious and untrue allegations that have been made against me and are circulating in the rumor mill of social media. These allegations have no basis in truth or reality. I fully intend to take legal action against the perpetrators of these acts and have directed my legal team accordingly. I want to state categorically that I have always followed the law in its true letter and spirit and have never knowingly harmed another human being. I believe very strongly in all human rights of every human being that inhabits planet earth.”

During their breakup last month, Aliza had said in her statement. “Our four-year marriage was a complete mess. In addition to continuous physical and psychological violence during this time, I have endured infidelity, blackmail, and humiliation at the hands of my husband. After careful consideration, I have come to the sad conclusion that I cannot spend my entire life in this horrible way. The well-being of my children played a large part in my decision. I don’t want them to grow up in an unhealthy, toxic and violent household.”

Feroze is a well-known face of Pakistani television and has appeared in shows such as Bikhra Mera Naseeb, Gul-e-Rana and Khaani, among others. Feroze and Aliza have two children together.