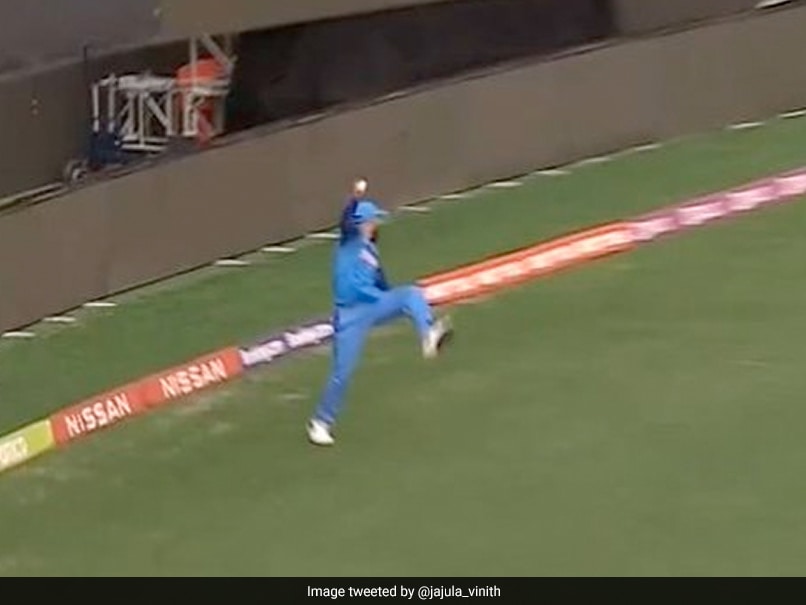 Virat Kohli should have been sent off for just 19 runs against Australia in Team India’s warm-up game on Monday, but the former Indian skipper changed the face of the game with his brilliant fieldwork in the final minutes of the game. First, he showed great agility on the field, putting Tim David wide in the penultimate over of the T20 World Championship warm-up game.

And with Australia needing 11 runs before the final over, Virat Kohli put in another brilliant performance in the long-on, sending Pat Cummins back into the hut with a one-handed blinder.

It was a low-full toss thrown by Mohammed Shami and Cummins powerfully drilled it to the ground. The ball seemed to go over the boundary ropes, but Kohli timed his jump perfectly to long-on, leaping with his right hand and latching onto a one-handed blinder.

VIRAT KOHLI STOP!! Takes the catch of the tournament…in a warm up #T20WorldCup pic.twitter.com/KosXyZw8lm

The catch was so brilliant that even Australian players seated in the dugout applauded Kohli.

Across the competition, Australia were at the top as skipper Aaron Finch led the 187 chase, but after his dismissal the hosts of the T20 World Cup lost wickets in a cluster and India clinched a narrow win.

India had previously scored 186/7 in 20 overs, a result of half a century from Suryakumar Yadav and KL Rahul.