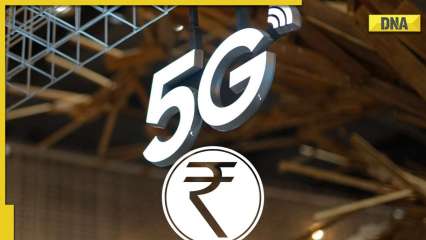 The 5G service launched in India and is now available in eight cities. The service is still in beta testing. Jio and Airtel have both launched 5G services. While Jio only offers its service in four cities, Airtel has expanded its 5G coverage to eight cities.

Many people are expecting the rollout of 5G services in their area. While 5G promises lightning-fast connections, the price of a misstep increases in proportion to the volume of data sent. Recent 5G speed tests have shown speeds of up to 600Mbps. Let’s say you want to download a movie but accidentally download something else instead.

Most of the video is already downloaded when you cancel the command. You lose hundreds of megabytes of data with a single wrong click.

What speed will 5G have?
Ookla recently ran a 5G speed test that revealed the speeds of Jio and Airtel 5G. In Delhi, the fastest available 5G speed came from Jio at 598.58 Mbps, while the slowest came from Airtel at 197.98 Mbps (about 600 Mbps). At the same time, Airtel’s speed in Kolkata was measured at 33.83 Mbps. The Jio speed in this area is 482.02 Mbps.

Also Read: 5G SIM Card: Here’s How 5G Will Transform Your Internet and Other Experiences

It’s little wonder that in today’s hyper-connected world, a single accidental click can result in the loss of hundreds of megabytes of data. For example, if we keep using a top-up of 2GB or 3GB of daily data, as we are doing now, our internet connection may drop in a short time.

The amount of data required for normal activities such as surfing the Internet or working is the same as that of 4G. The time it takes to surf the web or download files is significantly reduced with the lightning-fast 5G connection.