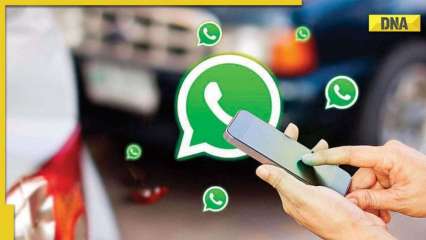 WhatsApp reveals reason for worldwide outage Tuesday, saying it was a ‘technical glitch’

According to official information, the messaging provider WhatsApp reported the service interruption that occurred on Tuesday to the IT Ministry. The ministry has requested information from the Meta-owned messaging service as to the cause of the service disruption. WhatsApp users had complained that they were unable to send or receive text and video messages on Tuesday. Services were restored after more than two hours.

According to the reports, WhatsApp has announced a service disruption. The details of the filings have not been precisely identified. WhatsApp has not responded to an email regarding the situation. WhatsApp claimed in a late night announcement on Tuesday that a “technical error” was to blame for the outage.

“The brief outage was due to a technical error on our part and has now been fixed,” said a spokeswoman for Meta.

According to Downdetector, which records complaints of outages, the messaging service was down for many users in numerous regions as of Tuesday afternoon. During Tuesday’s blackout, members of Downdetector reported over 29,000 reports at one point.

According to Ashwini Vaishnaw, the Union Minister for Information Technology, “We have thousands of WhatsApp users across the country and we have requested a detailed report of the outage from the company.”

WhatsApp’s parent company Meta has been given a week to submit its report to the Indian government, according to sources with knowledge of the matter, sources told ANI.